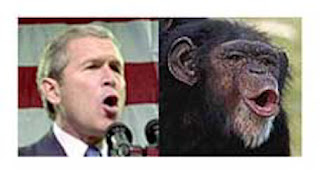 Well, as I predicted the other day the administration is planning a full on war against the House Judiciary committee’s use of subpoenas to extract testimony from the White House and the DOJ over the US Attorney fiasco. I would have hoped that a Constitutional showdown with the White House would have occurred over something more germane to the flagrant abuse of power exhibited by the Rove cabal, but you take your victories where you find them. As with all scandals, the cover-up is probably worse than the underlying event. Practically speaking the President can fire some, or all, of the US Attorneys for any reason, including replacing them with patronage appointments. What the administration cannot do, what is actually illegal, is to attempt to direct the course of criminal investigations by applying political pressure. Replacing a US Attorney with Karl Rove’s friend? Ok. Replacing the same US Attorney because he wasn’t investigating more Democrats? Not Ok.

Bush’s churlish press conference yesterday was clear evidence that the administration hasn’t really changed its position on the issue of executive power since the election. Perhaps they think that the traditional presidential prerogative on attorney appointments will be given deference by their conservative packed Courts. Here they may have miscalculated. True conservatives are nervous about the concept of unbridled power no matter where such power is concentrated within the body politic. The right-wing Bush coalition is not as uniform as it appears and all that executive power makes libertarians nervous.

The administration is still trying to hoodwink Congress with its lies. The White House’s official position is that "The president expects everybody who talks to Congress to tell the truth, and so does the law. And they know that it would be illegal not to tell them the truth," he said. Which would be ok….if the administration had a shred of credibility left after lying about every significant issue in the last seven years. The administration’s lack of credibility isn’t lost on John Conyer’s, the head of the judiciary committee who commented that just having Rove and Meir come in for a friendly chat would be a pointless exercise. "We could meet at the local pub to have that kind of conversation," he said. "But in my judgment it would not advance us toward uncovering the simple truth in this matter."

And it isn’t as if the DOJ has been any more forthcoming than the White House on the motivations behind the firings. Pat Leahy complained about 3,000 documents the Justice Department handed over to the committees late Monday, saying redactions in the documents make them unworkable. "Instead of freely and fully providing relevant documents to the investigating committees, they have only selectively sent documents, after erasing large portions that they do not want to see the light of day."

Of course the administration’s promise to fight the subpoenas in Court has the potential to drag the whole matter into the presidential election, as it is unlikely that the Supreme Court would get the case within the 21 months left in the Bush administration. How typical of this president, who never finished anything he started in life, to dump this issue squarely in the lap of the Republican party as they try to figure out how to undo 8 years of damage in time for the next Presidential election. Good luck boys!
Posted by Mark at 4:00 PM

Tell you this much, President Bush is no noble bonobo.