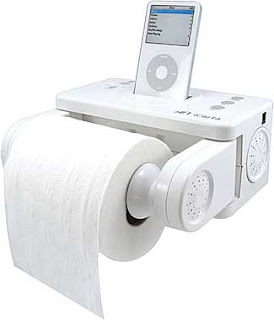 I’m bored with the imploding Justice Department and politics in general today. I’d rather write about music. Have any of you come across the singer Joss Stone? I generally shun pop stars and all the marketing hype that accompanies their releases, but somehow I-Tunes decided that this singer would appeal to me and who am I to question the holy algorithm? Anyway, Joss’s new album is a kaleidoscope of funk and pop and is very listenable without being too “American Idol”. Check it out.

I have a strange relationship with my I-Pod. I count myself among the millions of people who came into the computer age with the idea that music was something you obtained for free, from places like Napster and Limewire. There I was back in the go-go 90s, a luddite anarchist with a 56k connection downloading everything I could get my hands on at bit rate transfers that seem Precambrian when compared to cable modem speeds. It took a long time for me to go back to accepting the concept that one should pay for music, and in fact, I’m still deeply ambivalent about the concept. So what I do now is talk myself into believing that instead of paying for songs, I’m paying the highly inflated salaries of Apple’s brilliant software engineers. Somehow this makes me feel less like a sell-out. The genius of Apple is that the interface between customer and web-site is so seamless that you almost forget that every time you hit the “buy” button next to the song you’ve just sampled, a dollar flies out of your checking account and lands on Steve Job’s desk. In the two years I have owned an I-Pod (and I have owned several I-Pods) I have spent over $400 at the I-Tunes store. This is markedly less than I spend on other essentials like coffee, but much more than I would have spent on CD’s in a similar period.

So what the hell have I been spending all that money on, you might ask? The following three artists are in the Patriot’s heavy rotation:

1. Bradley Walker: If you hate country music you won’t like this guy, but if you do, you should know that “Bradley Walker is simply one of the greatest young country singers alive. He belongs to a tradition that includes such outstanding stylists as Vern Gosdin, Merle Haggard, Mel Street, Gene Watson, George Jones, Lefty Frizzell, and Keith Whitley, all of whom he cites as influences.” Walker is also a good example of an artist in the growing bluegrass-country genre. What makes his talent all the more impressive is that he was born with Muscular Dystrophy, and has been in a wheelchair his entire life. Trust me there isn’t a bad song on his debut album, Highway of Dreams.

2. Adrienne Young: Pretty good fusion of past and present in her somewhat pop-inflected old time music. Her band (Little Sadie) is incredibly tight and her vocals impeccable. I think her second album, The Art of Virtue is stronger than her first, but traditionalists will probably prefer Plough to the End of the Row, released in 2003.

3. Hem: Lots of good tunes on the 2006 album Funnel Cloud, which was featured on an NPR story back in the fall. They are another bluegrass/country/pop fusion band (in this case called “country-politan” ) but their songs are more, I don’t know, modern. My favorite on Funnel Cloud is “The Pills Stopped Working”. From their site: “This Brooklyn Americana outfit consolidates its strengths on Funnel Cloud, almost becoming a genre unto itself with aching, heartfelt laments supported by just-right orchestral backing. The band expertly employs dynamics, wth heart-quickening shifts between quiet and forceful passages, plus a memorable foray into (for them) all-out rock.”

If this is at all mildly interesting to any of you I could go on for hours, and probably will when I have some more time.
Posted by Mark at 2:37 PM